Working to create a welcoming, safe and vibrant place, by being inclusive, caring and positive.
Millgrove, a place we are proud to call home.

MRAG’s mission statement: to contribute towards and foster the community spirit within Millgrove.

Membership of MRAG is free and open to all residents and supporters of Millgrove.
Meetings are held every 4th Wednesday of the month except for December and January. 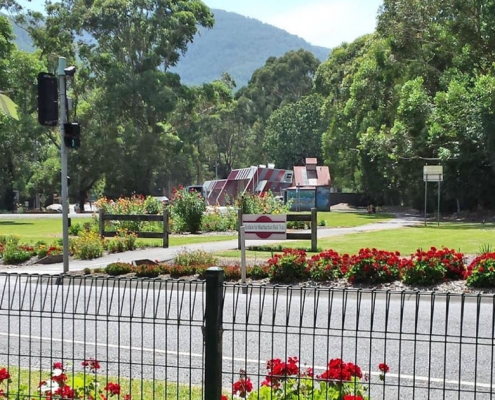 Established in 2005, the Millgrove Residents Action Group (MRAG) is one of the longest serving township groups in the Yarra Ranges. In 2012 the group was named Community Group of the Year by Yarra Ranges Council Australia Day Awards. In the same year, thanks to the efforts of MRAG, Millgrove was deemed a finalist in the Tidy Towns-Sustainable Communities Awards for Community Leadership. In January 2017 MRAG was recognized by Shire of Yarra Ranges for its active role in the 2016 major storm clean-up campaign.

To mark the 10th anniversary of MRAG, the committee initiated a community planning process. Community planning is a process where the members of a community work together to identify a shared community vision of the future, and priorities and actions that they can undertake to improve their wellbeing.

MRAG presented its first Community Development Plan to the Shire of Yarra Ranges, at the Council meeting of 1 December 2015. Since then a lot of projects have come to realization.