Arthur Norman Platt was born in 1893, the son of Robert Halford and Lillias Eleanor Platt. At the time of Arthur’s enlistment, Robert Platt was the Postmaster at Millgrove Post Office..

Arthur enlisted on the 7th of January 1915 and joined 14th Battalion, 16th Reinforcement. He embarked on the HMAT A68 Anchises in Melbourne on 14 March 1916 bound for the French Battlefields. He was killed in action on 28 August 1916, near Mouquet Farm near Poziers during the battle of the Somme. He has no known grave, and his only memorials are the Millgrove War Memorial and the Australian National Memorial at Villers-Bretonneux in Northern France. 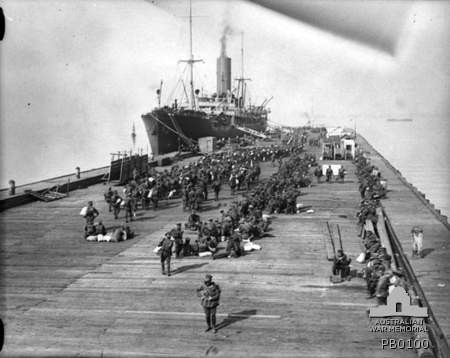 Troops waiting to board HMAT Anchises in March 1916.

The reader must take for granted many of the conditions – the flayed land, shell–hole bordering shell–hole, corpses of young men lying against the trench walls or in shell–holes; some – except for the dust settling on them – seeming to sleep; others torn in half; others rotting, swollen and discoloured.

Add to this terrible picture endless weariness, lack of sleep, hours of constant enemy shelling, the exertion of bringing up of food and supplies, the long muscle–wrenching carry involved in bringing out the wounded, and the endless digging to repair blown–in trenches and make new ones. Perhaps the worst job on the battlefield was that of ‘runner’. As telephone lines were destroyed, an ordinary soldier had to take his life in his hands and sprint back over this shell–torn wilderness to his headquarters:

Fifteen or twenty minutes later, emerging from between the shell bursts which shovelled in the trenches, he might, if he lived, tumble exhausted, strained almost to speechlessness, down the stairs … to deliver his message, and then quietly curl himself up in a corner like a dog. 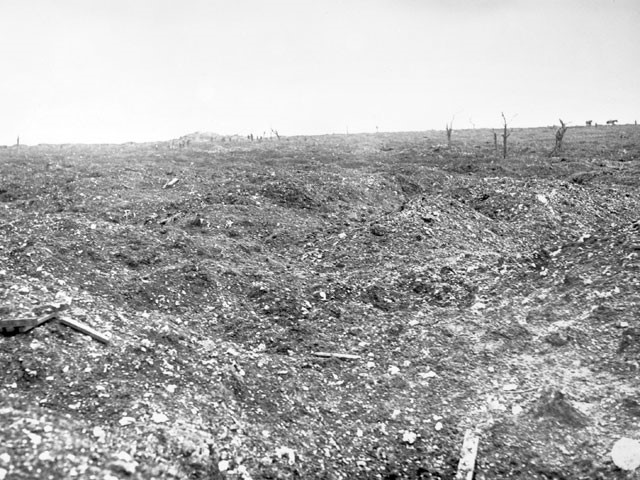 Today, Mouquet Farm is a working farm again and there is a memorial to the fallen nearby

The Australian National Memorial at Villers-Bretonneux 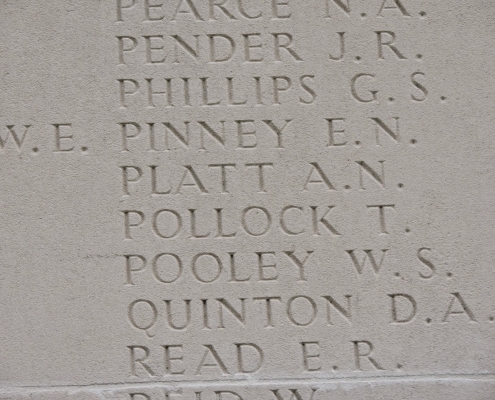 Arthur Platt’s name amongst the thousand other names on the Memorial.

The Millgrove Memorial
Dedicated to the memory of Arthur Norman Platt and the millions of others whose lives were sacrificed during the years 1914 to 1918.